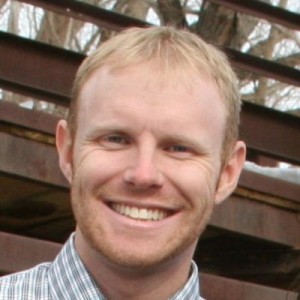 Here in Nebraska, where I’m from, it’s that time of the year when the weather acts like an overtired two year old — it wants milk, it doesn’t want milk; it wants a blanket, it doesn’t want a  blanket; it’s 75 degrees one day, it’s 32 degrees the next.

It’s also that time of the year when many people give up something for Lent — chocolate, social media, alcohol, sweets, meats, and so forth. For the longest time my understanding of this practice revolved around the idea of detachment: I’m going to detach from something so that it brings my attention back to God and dependence on Him. I gave up sugar one year with the idea that every time I wanted to eat something sweet I would be reminded that true sweetness of life is found in God alone. It was meaningful to me at the time, though admittedly a tad shallow and trite.

Until recently this line of thinking has persisted — detach from something in order to attach myself to God. Then I read this passage from Thomas Merton’s New Seeds of Contemplation:

“Detachment from things does not mean setting up the contradiction between ‘things’ and ‘God’ as if God were another ‘thing’ and as if his creatures were His rivals. We do not detach ourselves from things in order to attach ourselves to God, but rather we become detached from ourselves in order to see and use all things in and for God. This is an entirely new perspective which many sincerely moral and ascetic minds fail utterly to see.”

It’s not as if things themselves are the barrier to our union with God, for all things created by God are good. Rather, the barrier is our false self and our “tenacious need to maintain our separate, external, egotistic will.” Merton goes on to say that “It is when we refer all things to this outward and false “self” that we alienate ourselves from reality and from God.”

What a great encouragement for me to go deeper. Not to blame externals, but let them become a window to what is happening in my own heart space.

If I decide to give up buying clothes for Lent, then may it not be because clothing itself is bad but because I have unconsciously hoped that clothes will make me appear more acceptable in others’ eyes and thus have a false sense of my own worth.

Now, in prayer, contemplation and the everyday events of my life, I consent to God gently removing the flag I had planted in this world, declaring it “Mine!”, and showing me that it was His world all along.

So summing up: for me, Lent used to mean detaching from an external thing so that I grow deeper in an internal thing, such as growing closer to God. A sort of spiritual transaction-ism: If I give this up, I’ll get this. I can remain in the center and “get more of God”.

Now, Lent has become an invitation to a different way of seeing and being. First of all, I submit to God’s help in detaching from my false self with its absurd yet seductive illusion that “I am the universe” (universe = to revolve around one thing). Then as I allow God to work this Copernican shift within me, I begin to live in and look out at creation with a God-perspective that is relational, self-giving, loving, kind, compassionate, vulnerable, patient, gracious, fearless, and infinitely hopeful.
May God bless you this Lenten season with God’s own way of seeing and being.  In the words of John the Baptiser:  “He must become greater, I must become less.”